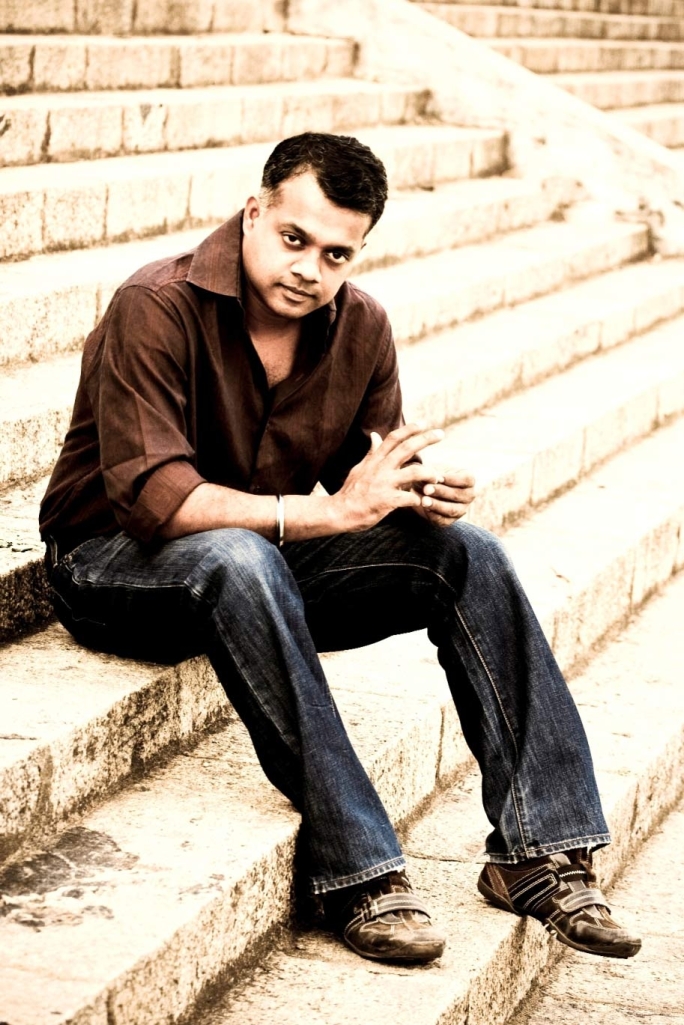 In an orthodox old-fashioned film industry that thrives on star-worship, one man has the spine to call a spade a spade.

Gautham Vasudev Menon has to be the gutsiest of our filmmakers. He’s also the rare professional who is man enough to take criticism with all sincerity.

Yes, man is the word because Vaarnam Aayiram is all about the essence of being the man you look up to, being the man who can sweep the girl off her feet with his strength, poise and courage.

It’s an emotional personal film straight from the heart for Gautham considering it was born out of his father’s death. “Three days after he passed away, I decided I must do this film,” he says.

He had initially pitched the idea of a coming of age tale about a youngster on the verge of life and Suriya was like, “Yeah, but is that it?” Gautham however was confident of convincing him with the screenplay but he just couldn’t focus on writing with his father’s deteriorating health. “We knew we were losing him. I had made Suriya wait really long. So when I finished Pachaikili, I thought I’ll take off for a week just to write because the doctors said my father was going to be Okay. I couldn’t ask the producer if I could show only my Dad the film one week ahead of the release. So I asked if we could have the premiere for the cast and crew and friends. I showed him the film and I left that night to write. Three days later, he passed away.”

“I experienced something when I came back for the funeral. I went through a lot of emotions and when I sat to write the film a week later, I thought I could put all that into the film as a tribute to my father.”

Vaarnam Ayiram, he insists, is not an action film, it’s a coming-of-age drama where boy becomes man.

“Because at every point, when you are young and discovering life and what it’s like… with the evil lurking around the corner or a love that hits you and at every point, I thought that the father could be the inspiration which is how it was for me in my life. I put it together with 75 per cent from my life and 25 per cent from everybody’s life.”

There is no commercial thought that dictated the content, he says. “If you walk out of the film and if it reminds you of your Dad, then I think that’s the success of the film.”

“This is a very meaningful film. It’s high time I made something like that. Pachaikili had a climax for the hero. For Kamal Sir, we gave him a 20 minute intro which wasn’t there in the first script… Everywhere, I was toeing the line. This time, I thought let me make a film that deserves what it needs and nothing more. So I was thankful for someone like Suriya who straightaway said Yes, I love it. This is perfect. I relate to the story.

I am reminded of my Dad. At the Filmfare awards, I remember him calling me and saying: I hugged my Dad on stage after a long time after I worked on this project. I knew people would think it’s for show but I realised it was a great moment to hug him because at home, I’ve never hugged him. So it works for him, it works for me.”

Any influences in making the film?

“If you say it reminds you of Autograph, I would be happy because I love that film and I like Cheran as a filmmaker. I’ve grown up watching Raj Kapoor films because my Dad asked me to watch them. I like the way music wasn’t thrown in and takes the story forward. So those are influences but I’ve not copied any scene from any film. But just like Forrest Gump sits and talks about his past, this is also like that… when a set of memories are triggered off because of an incident and his whole life unfolds before him.”

This is his most realistic film till date. Did he make Suriya starve for the six-pack?

“Definitely not,” he laughs. “When I narrated the script, I said I also wanted to give a small message to youngsters that if at all you are going through a low phase in life,  working out and pushing yourself to the limit might be a good way to overcome anything instead of smoking and drinking. So Suriya said he’ll do a six-pack. But when I saw what he was doing, I told him Don’t do it. There were times he wasn’t eating breakfast and skipping meals. He pushed himself.” 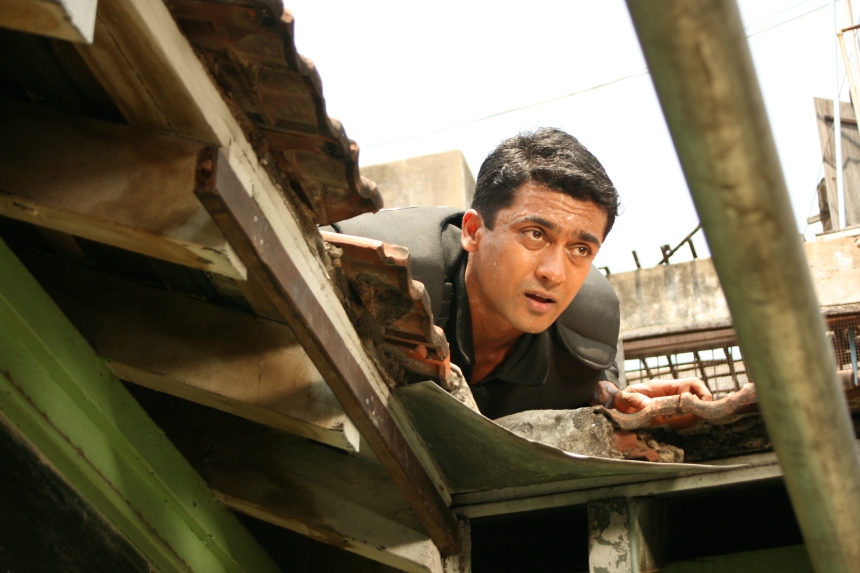 He’s all praise for the actor. “Seriously, the things he does for the director and the film. I have worked with Kamal Sir, so I know what that man is capable of and I can say this… Suriya is there and nobody else is capable of performing like him.”

Gautham also shares a special relationship with Harris Jayaraj. “When I take a project with him, I take it to him from scratch. When I took Pachaikili, he said Don’t do it. Your audience are expecting a big film. This time, we’ve done a Gaana. It’s a first for us. I got up and danced like how Suriya would dance (we hadn’t shot the song) and so I danced like for one minute. He laughed his guts out and then worked the groove out. He trusts me completely and I trust him. We’ve done 35 songs and not even once, have I said I don’t want the song after listening to it.”

Being a successful filmmaker, he has to deal with escalating expectations and uncontrollable hype.
“I don’t think I have a fan base but Pachaikili proved that people have certain expectations from me. That’s when I started thinking maybe you should be careful but then, that’s bad. Because you start writing for the audience and you can’t make a film you want to make. So somewhere you have to balance that.”

“My friends tell me don’t talk because the industry doesn’t understand. Maybe they have a point. Like, Vijay doesn’t talk to me now because of the Tamil magazine thing…

I was misquoted. This journalist asked me why I work only with Suriya. So I said that’s not true, I narrated a story to Vijay. He loved it. He laughed as I was narrating it and he said: You know what Gautham, can you put stuff like what I do in the film? Have you seen my films, he asked and gave me a few DVDs for reference?

I had seen those Perarasu’s films. So I immediately I said ‘Vijay, that wont work in the film I narrated because this was meant to be a refreshing love story’. There would’ve been a sensibility disconnect. So I told the journalist I was disappointed when I got home but he went on name Perarasu’s films and made it sound like I was degrading Perarasu’s films, which I was not. I tried to call Vijay to explain but he didn’t see the bigger picture. So sometimes, it is better to keep quiet.

If I don’t like a film, I say it but that wasn’t even the case with the Vijay episode. Even when I said I didn’t like Bheema, it was not about Vikram, it wasn’t meant to be personal. I called Lingusamy to invite him for the audio launch party of Vaarnam and he said he was angry with me. I said it’s okay to be angry but please come. And he said: Okay, I’m coming with a gun. So, he came and we had a good time.”

Read the last interview I did with Gautham before Vettaiaadu Vilayaadu here.