Warning: Review contains spoilers… But what can I possibly spoil for you that Soham already hasn’t?

By now, we’ve all heard how Luck is so bad that this four letter word has become synonymous with unprintable profanity.

It’s only fair that we inaugurate this new abuse by showering its creator Soham Shah.

Luck man! Luck you for making this luck-all film. It’s so lucking lame. For luck’s sake, keep the luck away from cinema halls because the poor luckers who paid for it will beat the luck outta you. It truly lucks.

Cheap shots aside, a question.

What do you call a monkey that broke into the Louvre and came out stealing a photograph of Mona Lisa?

Okay, all right, now you don’t want to call yourself names but dude, apologies are in order.

I’m sorry I mistook you for a thief. Now, I know you aren’t smart enough to steal 13 Tzameti. Or from any of the other films you broke into for inspiration – The Condemned, Intacto or Unbreakable.

There’s a theory that stupid people are not capable of evil because planning requires intelligence.

Considering that you’ve taken the central plot of innocent young man in dire need of money finding his way into a human betting racket, the crucial Russian Roulette scene at the middle of the second act and even helped yourself to the number 13 from its Imran Khan-type protagonist Georges Babluani, I see you were excited about something from 13 Tzameti enough to go shop-lifting, but it’s just that you had no clue how to steal it, did you?

Now, I don’t need to tell you what kind of a loser gets caught without even stealing? 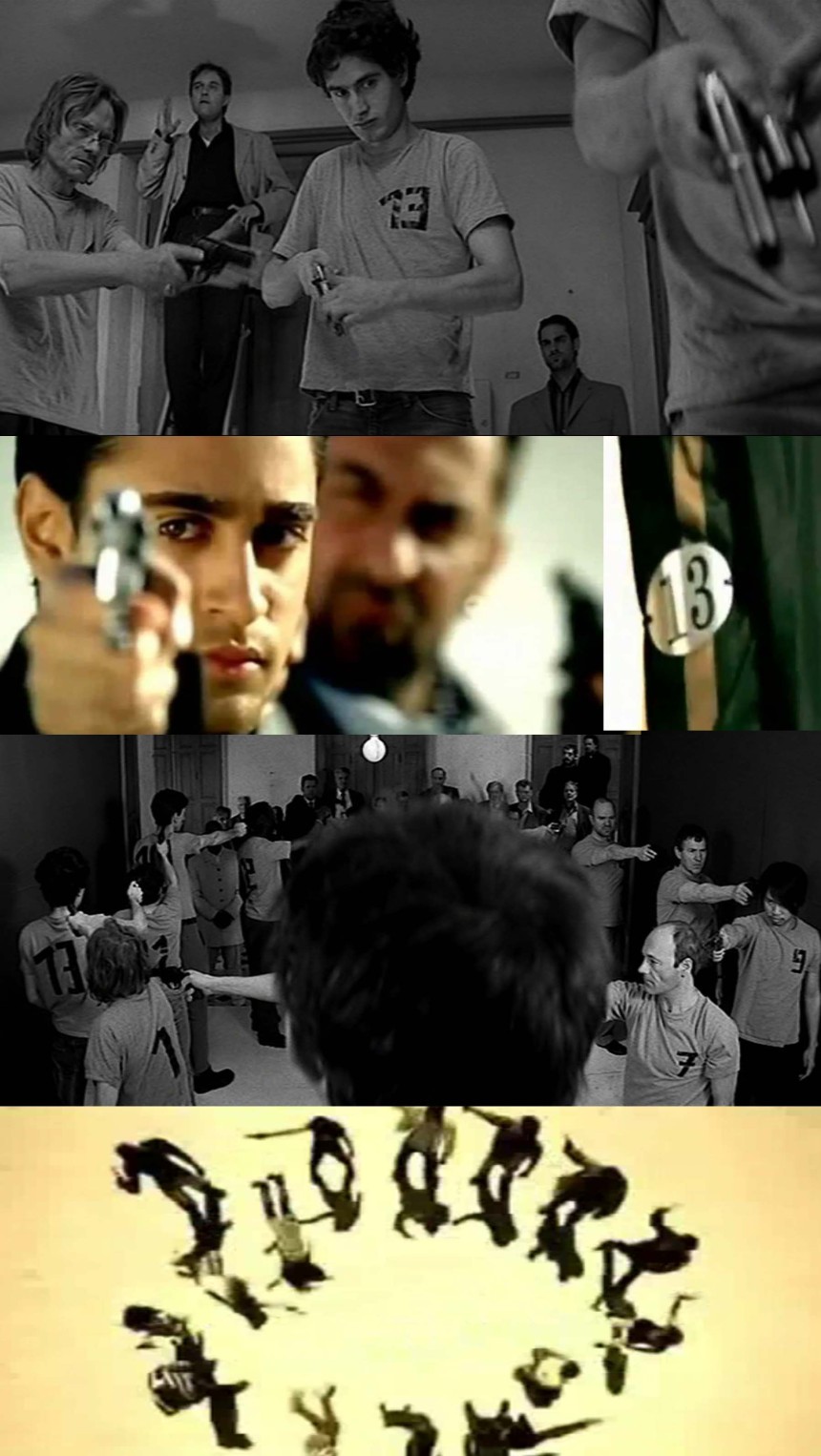 There was surely a reason why 13 Tzameti was minimalist by design.

Gela Babluani took a good 40 minutes to set-it up (though the film itself is only 90 odd minutes) before the guy knew what he was getting into. Since we had travelled that journey with him, our hearts pounded with nervous anxiety when we, like him, suddenly realised what the stakes were.

The indoors added to the claustrophobia, the black and white instantly gave it a moody noir feel and it was the sheer atmospherics and the voltage of tension that had us by our balls – not just the Russian Roulette situation by itself but the suddenness of it in his clueless pursuit of an opportunity.

He gets into it unwittingly and realises there’s no exit and we are with him till the end because we care for this poor ill-fated bastard.

13 Tzameti is all about Luck too (Gela finds so many ways to keep playing with the number 13 and its variants – the clock at the train station says 13:00, the car number is 13 13, the hero’s own number in the betting game is 13, the locker number is 103 and so on) but what keeps that film unpredictable is that we do not know how luck will change.

In fact, Luck plays a poetic lead role in Tzameti. Anything could happen in this film. There’s a real imminent danger that this young man could die at any point in the film.

In Luck, we are assured and guaranteed that nothing can happen to those who have been born lucky and lived invincible – Like the hero of Shyamalan’s Unbreakable.

Right there, we stop caring for this bloke because we know that mainstream Hindi cinema constraints dictate that he ends up alive. Poor Imran is the biggest casualty of poor screenwriting. He’s clueless about his character-graph and at no point does he seem to face any sort of hurdle or difficulty in going from round to round. We also know when he saves the girl’s life – not once but thrice – that this girl aint gonna die even if she can’t act to save her life. Or maybe she’s supposed to look that way – emotionless, hiding pain in that nubile body, all goth and tattoo – but the writers forgot to go into the details.

So Shruti goes on to prove that genes have got nothing to do with acting and goes about her lines like a Hindi-speaking robot. The only explanation for this weird acting is that she’s pretending to be someone else.

From the moment she’s introduced without a back-story (the other characters get a sequence each summing up their history – like a shoddy reality show on TV), we know there’s a twist waiting… Oh God, what could it be? An undercover cop?

But then, why is she wasting her time swimming around and killing innocent people helplessly if all she cared for was to kill the man responsible for her twin sister’s death?

Does not matter, we know she won’t die because it would render the hero’s efforts of saving her thrice meaningless.

The high point of this film is a touching scene between Mithun and Chitrashi Rawat – one where she shows us how she can make the silliest lines feel genuine and a super-fine Mithun gets all moist-eyed with so much conviction that makes you think if he’s just wondering looking at Chitrashi: Why can’t saala Mimoh act like this?

Now, we are left hoping at least Mithun and Chitrashi Rawat will die but the minute the four of them hold hands like an underdog hockey team, we are like: WTF! So is there anybody who will die in this supposedly dangerous deadly game?

Even the villain doesn’t seem to die. The grey guys in shades – Sanjay Dutt (who’s contractually bound to walk only in slow mos) and Danny Denzongpa end up too charming, so Soham has no heart to kill them off either.

So does anybody die at all?

Yes, of course, the foreign extras die, round after round, some of them after spouting bad Hindi dialogue. Since when did we care for dying extras?

In fact, nobody from the main cast or their dying relatives die in the course of the film. And as the first frame informs us, even the animals in the film were treated with love and care and were filmed in the presence of veterinarians.

Lucky sons of bitches – they all got paid fat cheques, got to tour Bangkok and South Africa, did parasailing, went deep see diving and even got to run on top of trains… What fun!

But Soham Shah, you are the luckiest bastard – you didn’t even have to hurt your brain cells making this one.

And, yes, you are forgiven for trying to steal 13 Tzameti. Dumb-fuck.