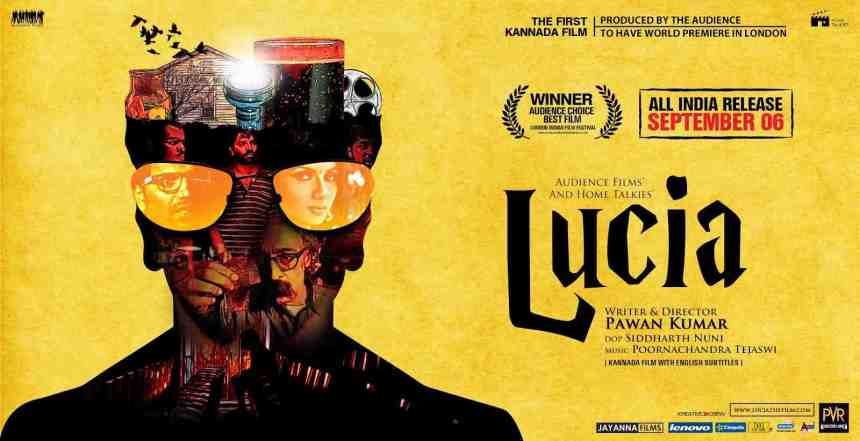 I was blown away by Lucia. Because it took the core of one of my favourite films ever – Cameron Crowe’s Vanilla Sky (a remake of the Spanish cult hit Abre Los Ojos) and made it so damn accessible. Something even Hollywood’s best couldn’t achieve despite having a super star studded cast: Tom Cruise, Cameron Diaz, Penelope Cruz and Kurt Russell.

Both are stories that tell you that the sweet is never as sweet without the sour, as Vanilla Sky puts it. Both are stories about protagonists who fall in love, lose it and try to win it back using the pill/programme.

Both films begin present day with an investigation that’s a result of an attempt to murder and we cut back to see the life of the protagonist before he took the pill/signed up for the programme. While Vanilla Sky takes 70 per cent of the film to tell us about the LE programme, Lucia plays its cards upfront and lets you in on the big secret: right in the first scene. That it’s all about a pill called Lucia!

This minor change in structure helps us to invest on the character and what his dreams mean to him instead of wondering what the hell is going on. Not to say that Lucia does not have its share of WTF moments!

But the true triumph of the filmmaker is that he creates a world and character so real and endearing that you can’t help but root for its underdog hero. Backed with Siddhartha Nuni’s trippy cinematography (it’s unbelievable and also, little ironic that this tribute to cinema has been shot entirely with a Canon 5D), director Pawan Kumar intercuts between three narratives rather seamlessly – the present day investigation, the dream narrative and the reality narrative – and often blurs the lines between the three without ever making this seem muddled up.

Though it does take digs on commercial cinema, it is also smart enough to use the trappings of mainstream cinema to its advantage. There is an item song (but used as a spoof), there is drama, fight scenes, even sentiment (the Shankaranna subplot that packs the poignancy of Cinema Paradiso… the director says he hasn’t seen the classic) and comedy (the song where his girlfriend sends him off with a bunch of foreigners to help him learn English), but all of this is employed with a lot of heart.

When most arthouse cinema is trying to be commercial these days, it is quite commendable that a mainstream film has tried to go this arthouse. The film’s sense of humour is a big plus and barring the songs that add to the length (but then, they are used as a part of the narrative), there is very little you will end up cribbing about. Also, it helps that the actors – Neenasam Sathish, Sruthi Hariharan and Achyuth Kumar – are so bloody good.

The masterstroke of Lucia, however, lies in the twist that subverts the entire story and justifies its structure and colour treatment (the film uses black and white for one narrative and colour for the other to ensure we never get confused). Pawan plants clues all through the film for those paying attention that nothing seems like an afterthought. But yes, if you are familiar with the genre, you might see the twist coming from a distance.

But Lucia is not about the twist or the suspense. It succeeds because it’s about the hero and his dreams. It’s one of those films that is worth watching the second time just to see if knowing the ending changes how you perceive what’s going on.

So don’t wait, go book your tickets. This is one hell of a chill pill if you love your movies. A trip you won’t regret.