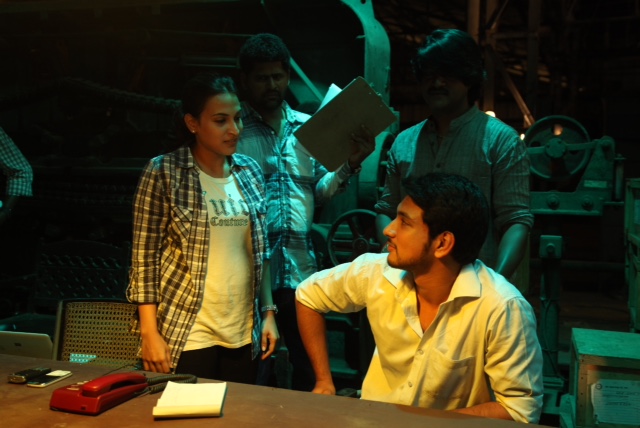 What do you do when your father is a superstar of the masses, your husband is one of the best actors ruling the trade and your mentor is a much acclaimed maverick filmmaker with blatant disregard for formula?

Aishwaryaa R Dhanush decided to step out of the shadows – of Rajinikanth, Dhanush and Selvaraghavan – when she started work on her second film Vai Raja Vai releasing on Friday.

Her first film 3, a serious dark drama about a violent bi-polar protagonist was hijacked by the unexpected virality of the promotional song “Why This Kolaveri” (that had very little to do with the tone of the film) and shocked audiences who weren’t quite prepared for a depressing film. Critics found the film closer to her mentor Selvaraghavan’s school of filmmaking than the commercial type her father and husband are associated with.

While she had Dhanush help her out right from scripting back then, this time around Aishwarya decided she had to do it all by herself – with very little support from the family. I spoke to a nervous Aishwarya on the phone earlier this week to find out all about the new film. Here are some snatches from that conversation.

“No. Not really. But I’ve read some of the books on him. None of them have been able to get the facts right.”

I guess it’s always difficult to piece together accounts of a man’s life from memories of people who knew him. Luckily, my book is not about the facts. It’s not about the person but the onscreen persona that emerges from his films.

“Then, it’s subjective. You can write what you want.”

From the trailers of Vai Raja Vai, I can tell there’s a significant change of mood from the darkness of 3. This seems like a fun film.

“That was a very conscious thing. 3 was very intense and very dark and I tend to gravitate towards the darker side of storytelling. So, I consciously didn’t want to do that. I wanted to go out of my comfort zone. I find myself comfortable portraying complex relationships and concentrated emotions. Commercial cinema was very challenging for me.”

The story goes that you came up with this over coffee?

“I wasn’t ready with a script. I hadn’t planned what I would do next when I met this friend of mine – Archana Kalpathi (the daughter of Kalpathi S Aghoram of AGS Cinemas). When I briefly told her how I wanted to explore intuition, she took the idea back to her father. Having explored bi-polar disorder in 3, I’ve been very interested in the psychological aspects of the human being.I find intuition very intriguing and wanted to see how I can bring that idea into the film. AGS has always been particular that the script has to be different. So that’s what interested the producer. I didn’t have a bound script. Everything just fell into place.”

You wrote this yourself?

“I type Tamil in English.”

Would we see the Selvaraghavan influence or have you made an effort to come out of his shadow?

“I would say this has a combination of influences from my Dad’s kind of cinema and Selva’s. There are certain shots that would remind you of a Selva film but a lot more comparisons can be made with my Dad’s films. It’s a good balance.”

Why don’t you use Dad’s name in your credits?

“I just feel it would be too long. I don’t see the reason why I should announce it. Everybody knows who I am. I am proud of my initials. While a person shouldn’t change their surname, the husband shouldn’t be denied his place in my life… It’s all right. I’m happy to be Aishwaryaa R Dhanush.”

You wrote a film without Dhanush as the hero but you’ve given him a cameo.

“I wanted to do something independently. It’s not fair to keep going back to him. I was working out of my comfort zone. Last time, he was around to support and help. This time, it was a conscious decision to do something on my own. But he’s done a cameo playing Kokki Kumar, one of my most favourite characters he has ever played (Kokki Kumar from Selvaraghavan’s gangster epic Pudhupettai). When we had a chance to intersperse it in our narrative, I didn’t want to let it go.
But it’s just a one scene. We shot for five hours. He has been busy shooting films in Hindi and Tamil. It was nice of him to do this. 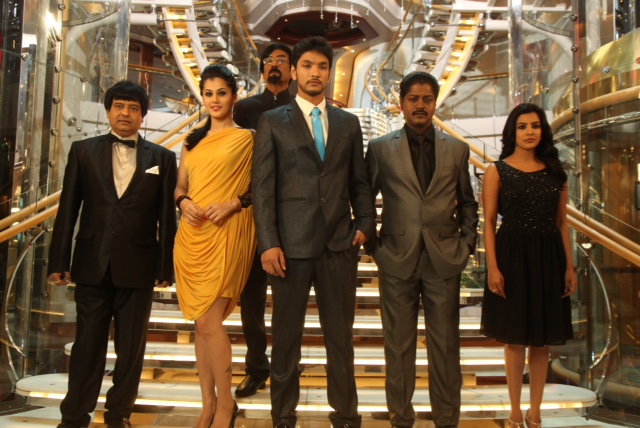 You have worked with a young cast led by Gautham Karthik. How did that fall into place?

“Each of them fell correctly into character. Daniel Balaji, Tapsee and Vivek have always been selective about their roles. When they heard the script, they knew it was a multi-star cast. The characters demanded these people. And I was lucky to get the right artists playing the characters I wrote.”

A while ago, we thought the market was ready for offbeat films but a whole bunch of good films (Kaaviyathalaivan or Ennakul Oruvan, for example) didn’t work. Nor have the big films worked (Lingaa, for example). What do you think is going on? What does the market want?

“The beauty of film business is that we can’t ever gauge what the audience wants. But yes, people have become broad-minded and the audience wants to see good cinema – doesn’t matter big or small. Jigarthanda and Darling were critically acclaimed and did well commercially. I think the release date has become more important. Promoting films has become so important.”

Also, do you see the game changing as the movie watching experience today is interrupted with the presence of the mobile phone in the hall? Nobody watches movies alone anymore. You are plugged into a network and reacting live.

“It is very unhealthy to have a running commentary going and people commenting on scenes as they are watching the film. Making cinema has become much more challenging. Today, if a film runs for two weeks it’s as much a success as a film that ran 50 days in the past. And that’s such a big challenge.”

What if you had the chance to make a film with your father? What kind of film would you make?

“I’m happy just being his daughter. I don’t think I’m experienced enough to direct him. It’s very difficult for me to see him as anything but a father. The equation we share is very personal. I can’t go out and pretend to be something else – like a director on the set. When you are a director, you have to treat people a certain way.”

“I’m a taskmaster. I’m not at all pleasant.”

Did you learn that from Selvaraghavan?

“The first advice he gave me was: Don’t look weak. You have to be the bad person. Only then, work will get done.”

Do you still go to Selva for inputs?

“He lets you be. He has so much confidence in me. I don’t think even I have that confidence in myself. If and when I go back to ask him anything, he’s like: Why ask me when you know the answers.”

Has he seen Vai Raja Vai?

“He’s been travelling, writing his own script but is eager to watch it.”

What about your father and husband? Have they seen it? How did they react?

“They have seen it and were quite surprised. They were very happy about it. My father thought 3 was very serious but this, he said, is perfect for the summer vacation. Timepass.”

(The film is releasing in Mumbai and other metros with English subtitles.)