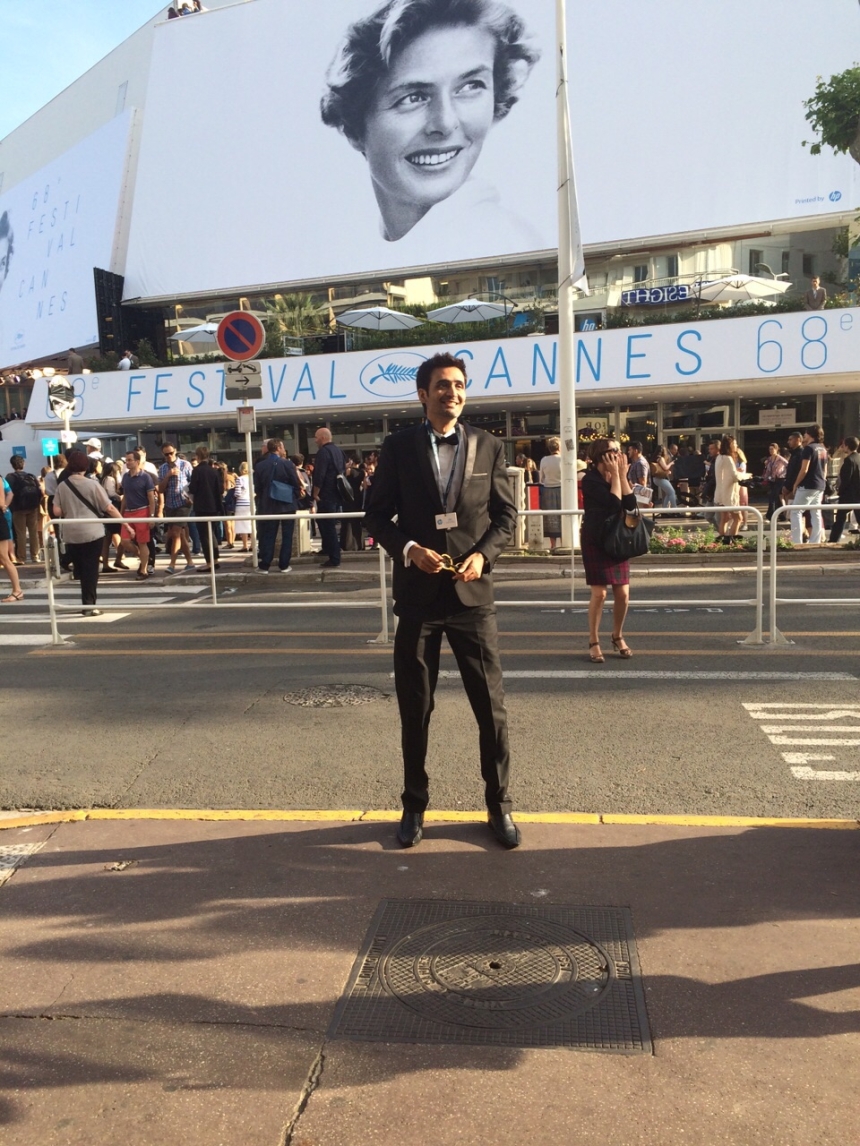 The best part about the Cannes Film Festival is that the dates are announced well in advance that you can plan your travel really well. Make up your mind well in advance and ideally, start four months before the festival. For May, start planning by January.

TRAVEL – Break down your trip:

Cheapest ticket to Paris – Book three months ahead. You will get it for under 500 Euros. And book Paris – Nice separately one whole day later, so that you can see Paris and also account for missed connections. You don’t want to come to France and leave without time in Paris. So always account for the break journey. Also, compare with the fare you get direct from your city to Nice which might be expensive because your local airline would automatically put you in a partner airline which may not have the cheapest fare for that region. Do NOT book midnight flights, whatever you saved you will lose paying for a cab ride. Nice to Cannes at night would cost you 100 euros by taxi. Book flights that get in during the day, walk up to the bus stop, ticket costs 1.50 to Nice or Antibes and you can take a train to your hotel. You can even take a train from Paris. There are superfast trains that make it five hours and cost lesser than airfare and get your right into Cannes. Budget: 500-600 Euros. (Could shoot up to 1000-1200 Euros if you wait till April/May)

If you want to get to the hotel quicker from the airport, walk it to Nice St. Augustin train station – will take you ten minutes to get there but after that, it would be much faster. What you need is a weekly pass – that costs 9.90 euros and gives you unlimited rides for a week. (Each ticket otherwise is about 6 euros) I haven’t tried getting a pass at St. Augustin but the weekly pass should be available in the bigger stations like Nice, Antibes and Cannes. Always stay close to the train station. Buses ply once in half hour, so you can’t count on them. And the roads are so narrow, you don’t want to risk bike rental. I was thinking of renting out a motorcycle except that I saw an accident on Day 1 and never considered it. Also, the deposit on motorcycle rental is very high. Can go up to 1000-1500 Euros and if you fall off the motorcycle, your holiday is over. Get the weekly train pass and you are set. Budget: 10 Euros.

HOTEL – By the Palais or the train station:

When you are booking, go to Google Maps, click on hotels a few streets away from the Palais – at least four months before – because they fill up really fast. By February end, 90 per cent of them are booked and the rest are super expensive. Do not do Airbnb, since most of them require deposits and you are better off having that money on you in an expensive town like Cannes. If you are unable to find accommodation near the Palais, the venue of the festival – look up hotels right next to the train line – Cannes Bocca on one side, Golfe-Juan-Vallauris, Juan Les Pin, Antibes or Nice on the other side. ONLY look for hotels right outside the train stations even if the distances seem tempting (like 1 or 2 kms from station because in the hills, even a 500 metre walk on a steep could be taxing). I stayed at Du Levant at Antibes which undoubtedly offers a spectacular view of the sea but at the festival, you won’t have time to enjoy your sea-view. And it took us one km of walk and waiting for buses to get to the train station (or a 15-20 euro cab ride every time to the station. To Cannes, a single trip from Antibes would cost you 55 euros by cab) Budget: 100 euros a day for a decent roof over your head. (This would go up to 200 a day if you don’t book on time).

Unless you have a spectacular profile in the film business, don’t even bother applying for a free registration badge – you will end up waiting for weeks and not hear anything. Instead, Get yourself a Marche Du Film badge that costs 300-400 Euros (the earlier you buy, the cheaper it is) and you can buy this online on the official website. This is an industry badge, the only badge that gets you access to all films in Cannes, or at least gets you access to invites for the red carpet ones. The films at the Grand Lumiere Theatre – which are all official competition or Out of Competition official selections – are all red carpet events which are INVITES only. Once you get a Marche Du Film badge (make sure your profile online establishes your film credentials), you are set to get access to all screenings – official and the market screenings. There is a Day Pass of 20-30 Euros which you can buy for entry to the Palais but what they don’t tell you is that it does not get you access to screenings. It just lets you catch celebs on the red carpet. If you are really desperate and have no money, take a cue from the students and hold a board with the name of the movie you want an invite for and stand outside the venue. On a lucky day, you might get what you want. If you don’t want to base your entire trip on chance, get that badge. Best investment ever. Budget: 300-330 Euros. 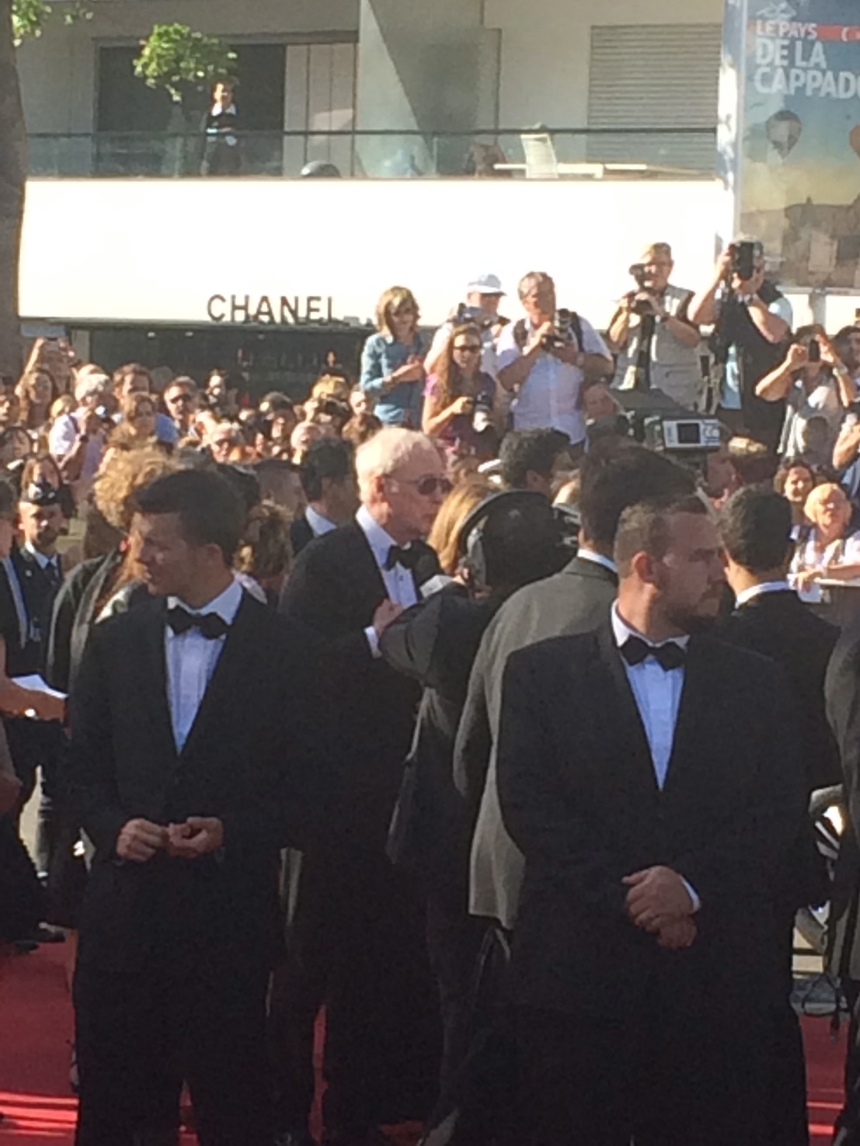 Red carpet screenings are black tie events and you need to be dressed in a tuxedo and black formal shoes (if you are male) and they are mostly nice to women as long as they are wearing a fancy evening dress. Do not think of renting tuxedos though the websites indicate you can rent one for 20-30 Euros. During the festival season, the tuxedo rental goes up to 100 Euros a day. You are better of getting one stitched for a 100 Euros before you leave for Cannes instead. Budget: 150 Euros. OTHER FILMS – To queue or not to queue: With the Marche Du Film badge, you should be able to queue up for the other screenings and if you spot unreasonably long queues, you are better off going for one of the market screenings. There are a lot of good films in there and you might be able to squeeze in two market films in the time it takes to get access to one official screening. And chances are the market screening film might be more fun. And if you are going towards the end of the festival, your Marche Du Film badge would get you access to all the films that played under official competition in a smaller theatre minus the rush. I ended up standing three hours in the queue for Youth and didn’t like it as much as I would have otherwise liked. But if I were staying back for the last few days, I could have caught it without the baggage of hype and long queues. Ditto with Love 3D.

A beer costs about 3-5 Euros. So, a decent meal for two would cost 20-25 Euros. The place is full of bistros… And most of the pubs around the festival are open all night. So if you miss the last train before midnight, plan to stay out and party till five in the morning. But be warned, you will end up blowing about 30-40 Euros just drinking during the night. But you must stay out one of the nights. It’s quite special. A friend literally forced me to stay on but I’m glad she did. You never know who you would meet. We met a pilot who couldn’t name his boss (clearly a Hollywood celebrity – he said we would know the person if he took the name) and he bought us drinks. Most of the official parties are invites only. It always helps to network because someone will know someone who has a pass. Budget: 40-50 Euros a day for food and drinks.

Will edit this post as and when I remember more but if you are really smart about planning it, you can manage a trip and back under 1500 euros. If you don’t plan it well, you might end up spending three times that. Or more.